Utrecht, the beating heart of the Netherlands and a centuries-old university city built around the Dom Tower! We made a selection of the best sights in Utrecht.

The heart of Utrecht is overflowing with cosy alleys, courtyards and canals.

This courtyard consists of only 15 small houses with a very beautiful main portal. In the 17th century, a rich gentleman named Brunt had this court built surrounded by one-room houses for the poor and homeless. The residents of the Bruntenhof received not only housing but also fuel and food, which was determined by his inheritance.

The Doelenhofje was first a beguinage and later a monastery. When you step into the courtyard, you will see on the right a gallery that was used by the monks to go across the street to where their church stood.

In the middle of the historic Dom Quarter, stands the monumental, gothic Dom Church which was built in the 13th century as a cathedral for the bishop of Utrecht and dedicated to St. Martin. So originally it was a Roman Catholic church, but since the reformation in the 16th century the Dom Church is Protestant.

Inside the Cathedral Church you will find richly decorated and detailed impressive tombstones. The church interior always manages to amaze you with its beautiful stained glass windows, and tombstones. Here too, history has left some traces. During the iconoclasm in 1580, the heads of the sculptures were chopped off and many statues and altars were damaged. The character of the church has changed forever since then.

Complete your visit by having a cup of coffee in the DomCafé after visiting the Cathedral. From here you will have a beautiful view of the medieval pandhof and direct access to the DomShop where you will find a wide range of religious articles, maps and books.

The Spoorwegmuseum is in the top ten of the most visited museums in the Netherlands. It is therefore not an ‘ordinary’ or ‘boring’ museum with a few displayed trains. On the contrary. The museum is located in a former train station that has been fully restored to its original state. In the station building you can find everything about how it used to be. Since 2005 it has become a real experience center consisting of different worlds: you go back in time from the steam engines to the invention of the train. You will have a spectacular visit here for both young and old.

This castle dates back to a period around World War I. Once there was a medieval castle here, but it has been gone for over 300 years. Some of the remains of the old castle were still used in the construction. It is a unique castle with a beautiful historical interior and with ‘modern’ facilities. When you visit Kasteel de Haar, you will be amazed by its splendor!

Along the canals of Utrecht, you will find about 732 ‘wharf cellars’. You won’t see this anywhere else in the world and that makes it extra unique! To explain this, you have to go back several centuries. The Rhine used to flow here and there were regular floods. To counteract the risk of flooding, sluices were built and tunnels were dug from the quay into the cellars of the houses next door. This also made it much easier for the ships to load and unload all the goods. Today, these wharves and wharf cellars are rented out to hospitality operators where they place their own cozy terraces.

The Utrechtse Heuvelrug National Park is a lateral moraine, created in the ice age by the accumulation of sediment by the ice. Then, over time, the park was covered by sand and the hills of the area became forested. We have a separate blog with the 11 most beautiful national parks in the Netherlands.

Trajectum Lumen is a light art route through the heart of Utrecht. Of course, you can only see this route when it’s dark. The most beautiful spots include the Sint-Janskerk and the illuminated trees, the Kromme Nieuwegracht and the Dom Church.

Would you like to discover Utrecht by means of this light art route? More info can be found on the website.

For store lovers Utrecht is a Valhalla. 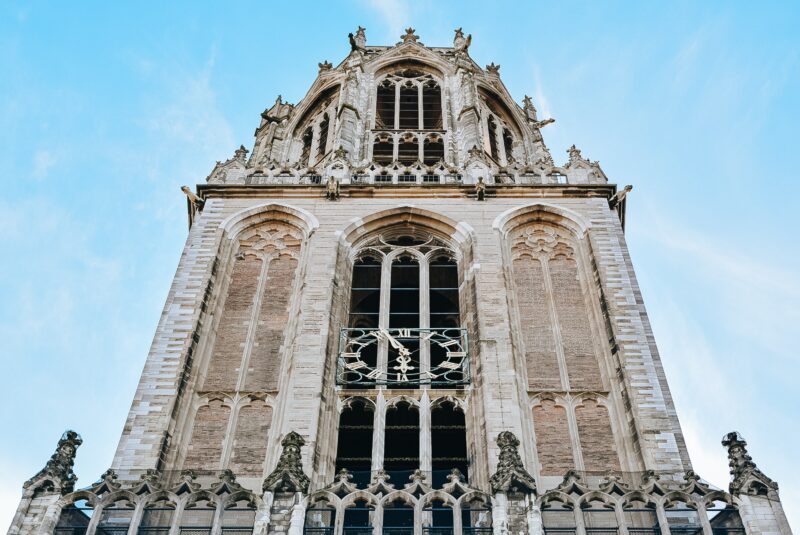